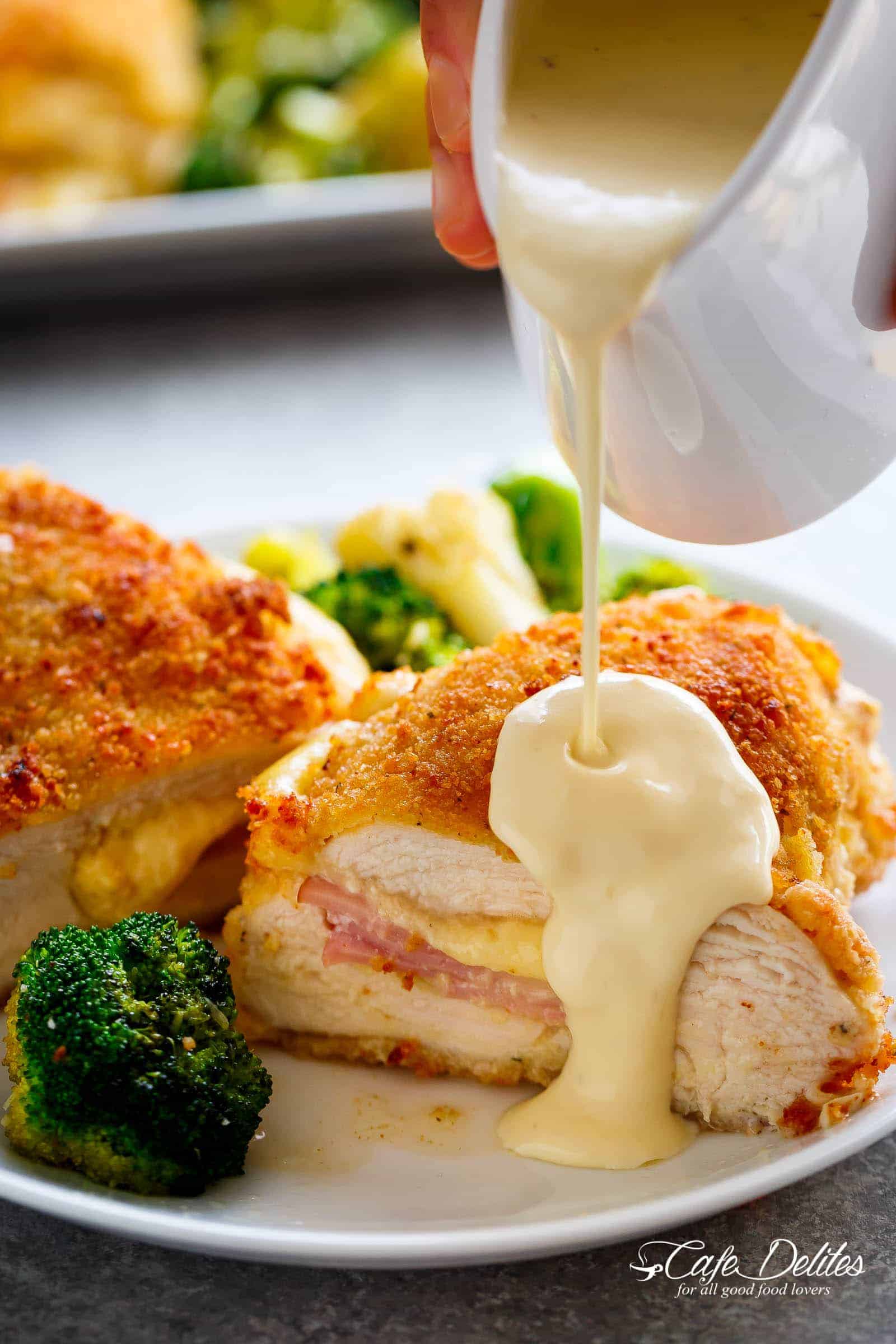 Roll up and tuck in ends; secure with toothpicks. Ultimately very tasty and fairly quick to make. Getting the chicken to stay collectively and never let the ham/cheese slip out of the perimeters is the toughest half. A little endurance and it comes collectively nicely.

I simply had enough for my six, don’t understand how that was supposed to coat twelve. Outside of that it was very good. I don’t like several cheese so for my portion I use cream cheese. I put a generous amount on the chicken and proceed with the recipe because it. It stays moist and the flavor is fantastic.

Pat dry and reduce each breast into two items. You could have two pretty thin slices. Place a chicken piece on a slicing board. Lay a plastic wrap over the chicken piece and pound with a mallet to a few 1/four inch thickness. Take care not to pound too onerous because the meat might tear or create holes.

Press each side of chicken in flour, shaking off any extra, then dip either side into egg mixture. Coat all over with breadcrumb combination, patting along with your fingers to adhere.

Top each breast half with 1 slice of prosciutto and 1 tablespoon mozzarella. Roll up every breast half jelly-roll style. Dip each roll in chicken cordon bleu temp broth mixture; dredge in breadcrumb mixture.

Made this tonight and obtained thumbs up all around the table. Used frivolously-pounded thin-sliced cutlets per the recipe. Added a squirt of Dijon mustard to the egg wash for further flavor.

Spray either side of the chicken with oil. Cook, in two batches 12 minutes turning halfway. Wash and dry the chicken cutlets; flippantly pound the chicken to make thinner and flippantly season with salt and black pepper. While the chicken sous-chef is cooking, mix the cream of chicken soup, bitter cream, and chicken broth in a small pot over medium heat.

Wow, tried this chicken cordon bleu last night time and it’s really nice! Will positively do it once more.